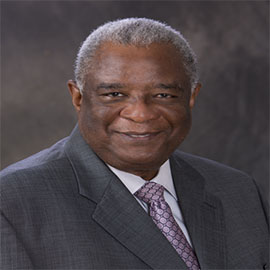 Anthony Ross has over 40 years of civil litigation experience covering construction law, insurance and aboriginal law, mediation and arbitration, and advising on negotiating and drafting impact benefit agreements, participation protocols and consultation plans, and facilitating resolution of disputes with governments, mining, infrastructure and energy sectors. He is a member of the Association of Professional Engineers of Nova Scotia and Ontario, and is a member of the Canadian Society of civil engineers.

Having a previous career in engineering, Anthony’s practice has included a focus on engineering, environmental and construction issues. He has acted as a mediator in construction disputes, and has appeared as an expert engineer at trial. While practicing law in Nova Scotia, Anthony taught engineering law and contracts at the Technical University of Nova Scotia (now DalTech). He continues to maintain a strong professional interest in engineering with emphasis on infrastructure procurement and financing.

Anthony was an active participant of the Organization of Eastern Caribbean States (OECS) Supreme Court and consulted with the Chief Justice on alternate dispute resolution, case management and reviews of the Civil Procedure Rules.

In 2006, Anthony was appointed as a Management Judge of the Eastern Caribbean Supreme Court and served for three years before returning to full-time private practice in 2010. Anthony continues to represent clients on litigation matters in Canada as well as the Caribbean, while also offering services as an arbitrator. He is currently in the process of repatriating his professional practice to the Caribbean.